END_OF_DOCUMENT_TOKEN_TO_BE_REPLACED

” (…) So where does the “astrogrind” thing fit in? Why even bother to coin such a term? There is a space-y, otherworldly, extradimensional feel to the band. Like there’s some sort of space opera being woven within our ears. It’s not psychedelic thing though. After you hear it, it makes sense, but on paper it’s difficult to describe. Dephosphorus weave some intricate and incredible tracks. (…) This is next level grind.”

END_OF_DOCUMENT_TOKEN_TO_BE_REPLACED

the time has come to give you a first taste from our forthcoming new album “Impossible Orbits”!

The CD and cassette versions will be released in June, courtesy of Selfmadegod Records. The digital version will be available exclusively via our Bandcamp page. The artwork has been designed by comrades Viral Graphics.

A vinyl version will also be produced (of corpse!) but will follow later.

So, ladies and gentlemen without further ado, “Rational Reappraisal”! Spread the word!

It’s printed on Fruit of the Loom Heavy Cotton HD shirts, black ink on white shirt. This high quality print has been done in the U.S.A. by Nightgaunt Graphics and it’s available on all sizes.

END_OF_DOCUMENT_TOKEN_TO_BE_REPLACED

(…) Maybe I’m just saying this because of the country that they’re from, but on some level I can’t help but think of a slightly crusty, metalcore influenced grind version of Dead Congregation because of their tri-tone heavy riffs. That’s not a very accurate comparison, but in all honesty I’m stumped as to what bands to really compare this to. Perhaps I would describe it as an incredibly evil version of something like Human Remains (though that’s a stretch) mixed with Dead Congregation, Ulcerate and something like His Hero is Gone or From Ashes Rise. All in all, a damned fine album! (…)

From Greece With Outrage… Mixtape Curated by Dephosphorus

Hey,
check out this greek mixtape we have curated for Cvlt Nation:

Order from us the split with Great Falls. New vinyl combos available! 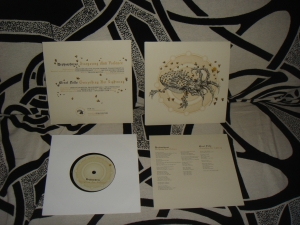 You can now order from us the split with Great Falls, for that just visit the Blastbeat Mailmurder/Dephosphorus paypal store. Vinyl combos with both of our 7″EP’s and all our vinyl are also available.

Cvlt Nation streaming the split with Wake in its entirety!

Listen to the entire 7″EP now! We expect our copies tomorrow.

“(…) Side A is made up of three rapid-fire tracks from Dephosphorus. Unit is a huge sounding, wrecking ball of a song lasting for a minute and a half, and Dephosphorus even manage to inject some rock n roll influence into their sound. The Final Computronium begins in the same vein, but morphs into a more outright grind blast. The accented vocals of Panos Agoros making it sound even heavier. The Cosmologist starts off with a spoken word passage sitting atop of their instrumentation before one final lurching blast that completes their half of this split. (…) What a record this is. It takes multiple listens to fully appreciate, but both bands reward with skill and a rip-roaring morsel of grind at it’s best. As with other bands that 7 Degrees Records have released material with, both Dephosphorus and Wake make perfect bedfellows on what is an uncomplicated and blasting release.”

One track off the split-7″ with Wake streaming now!

Cvlt Nation is streaming one track from each side of the Dephosphorus/Wake split-7″! 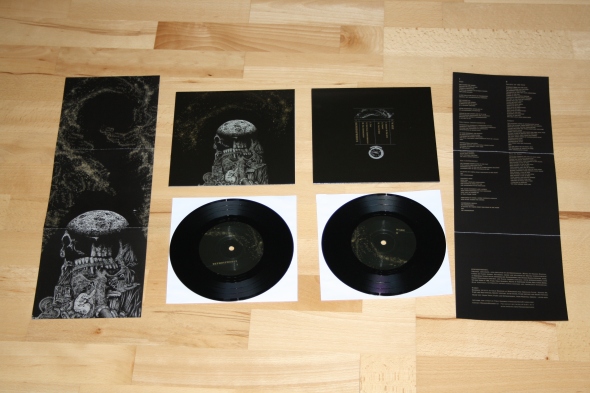 Our split-7″EP with Wake has just been released at 7 Degrees Records and it also includes a download-code!

We will have our own copies to sell next week. You can order it right now  directly from the label at 7degreesrecords@gmx.net , www.myspace.com/7degreesrecords.

You will also be able within the next few days to stream a couple of tracks from the release so stay tuned.

This spring, 7 Degrees Records is bringing together Wake (Canada) and Dephosphorus(Greece) for what is destined to become a classic split-7”EP release!

Both bands have received wide praise in 2011 for their refreshing and relentless debuts… Wake with “Leeches” have demonstrated an uncanny ability in delivering ferocious grinding hardcore, with monumental songwriting and crucial no- nonsensical lyrical topics.  This time they recorded with Colin Marston (Krallice, Gorguts, Dhysrythmia…) at his Menegroth- The Thousand Caves studio in NY.

Dephosphorus on the other hand, caught everybody by surprise with “Axiom”’s astrogrind, an unheard combination of all things extreme and heavy with a mind expanding cosmic concept and awe inspiring aesthetics.

Both faces of the wax are symmetrical with each band contributing 3 short, furious tracks. The challenging task of combining into a single coherent vision Wake’s sociopolitical rage with Dephosphorus’ allegorical stellar realm, has been assigned to renowned visual craftsmen Viral Graphics, for a result that is nothing short of breathtaking. The poster- insert is expanding appropriately the mayhem of the cover artwork.

With the help of DIYload 7Degrees provides download-codes with the vinyl.

1. Unit
2. The Final Computronium
3. The Cosmologist

DEPHOSPHORUS “Axiom” promo/EP is almost ready. Mixing is almost finished, as well as the artwork/layout.

As per the personnel involved, Panos from Lunar Miasma is responsible for the mixing and Viral Graphics for the visual part. We will upload previews of the full artwork soon.

The band is already composing new songs for the DEPHOSPHORUS debut full-length.