As most (all?) of you, we are heartbroken by the tragic death of L.G. Petrov, taken away too early from this cruel world at the age of 49 after a fierce fight with bile duct cancer.

He was the emblematic frontman of one of Dephosphorus’ favorite bands and influences (the live cover of Say It In Slugs back when myself and Thanos played with Straighthate, was the high point of our opening set for Cursed (CA) -heavily influenced by Entombed themselves- in Athens circa 2005).

I still remember the excitement of seeing them live with him back in 1994 supporting Wolverine Blues by opening for Napalm Death in Paris. Even though they were technically the support act, a big part of the audience came just to see them – leaving just before ND!

LG had an inimitable voice, sounding at the same time deep, expressive and super angry.

Most importantly though, everybody knew him as an all around great guy. He was the archetype of the cool metalhead/musician/music lover: passionate, talented but never taking himself too seriously.

Our hearts go to this family, band mates and loved ones.

Gone but not forgotten – REST IN POWER!

Bandcamp friday/25% off our BC store for the WE!

Hey guys, Bandcamp are waiving their revenue share today. Better late than never so as we didn’t do any kind of Black Friday/Cyber Monday promotion so far, use the discount code ‘astrogrindforever‘ today and for the whole weekend for 25% discount from our Bandcamp store! (discography pic by Nerve Altar) 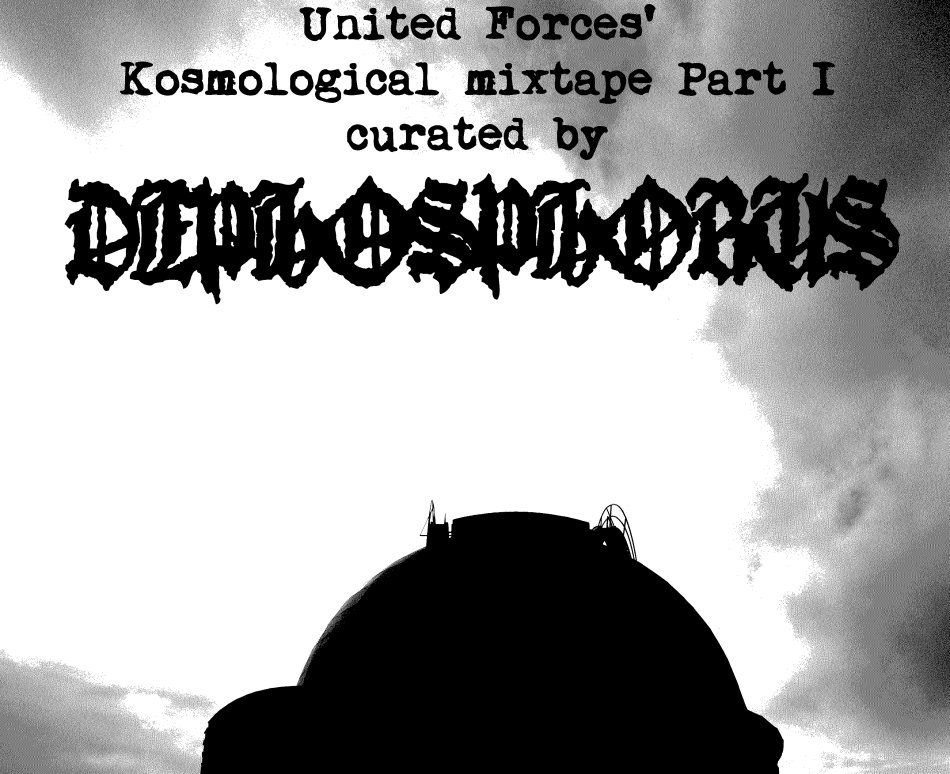 we’ve prepped a mixtape for our friends United Forces.

Part I is available right now at Spotify and Mixcloud. 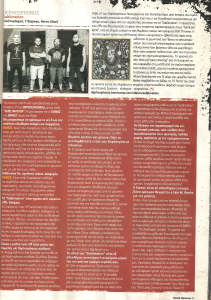 We’re happy to participate along some great bands with a set recorded at Ignite Music Studio and edited by Aside Videos, comprising 5 songs off our new album Sublimation.

When the time comes tune in here.

Please consider supporting CVLT Nation and the bands by donating. Spread the word and enjoy this short teaser of our set!

Brace yourselves for Sonic Unrest vol.3!

We’ve recently recorded @ Ignite Studio a set of tracks from Sublimation that was filmed by Aside Videos.

It will be broadcasted for CVLT Nation’s Sonic Unrest vol.3.

we are stoked to be featured in the latest issue#128 of Legacy mag with a very positive Sublimation review (13/15 for those who care about scores), a participation in the Legacy 05/20 sampler CD with Βορά Των Αιώνων  (Devoured By Aeons), as well as an interview. Oh and there’s also a free Napalm Death CD included, so there’s absolutely no reason for our German speaking friends not to collect it!

For those who don’t speak German, we got you covered by including the English version of the interview, so you may get a bit more of a background concerning Sublimation!

Without further ado, sit back, relax and click below!

END_OF_DOCUMENT_TOKEN_TO_BE_REPLACED

As of yesterday we have two new releases out: our 4th full-length album Sublimation & the Astralaudioviolence (Live At Temple) live tape!

You can order and stream them now at Bandcamp. We already have the Sublimation LP’s (including a few glass-clear ones!) and Astralaudioviolence tapes. The CD’s and shirts will reach us within the next few days.

Digital distribution on all major platforms is coming soon.

Shoot for order questions or other topics at dephosphorus [at] gmail [dot] com. You can also order both releases from our vocalist Panos’ Blastbeat Mailmurder distro by combining with ΒΒΜ releases or other items.

The live tape is also distributed by 7 Degrees Records, they should have their copies soon enough.

The amazing artwork for both releases has been designed by the usual suspects at Viral Graphics.