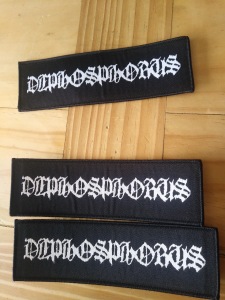 END_OF_DOCUMENT_TOKEN_TO_BE_REPLACED

“Ravenous Solemnity” is out now including our most intense and majestic material to date. Thanks for helping us spread the word!

Those who preordered via BC will receive automagically a download link for the digital version. Physical pre-orders will be shipped this week.

You can order using one of the following options:

Hails for the ongoing support!

The album will be released next Monday (10th of Feb.) via 7 Degrees Records and Handshake Inc. as a double gatefold LP pressed on 180g heavy wax. It will be also available as a digital download from our Bandcamp site for a reasonable fee, also including as a bonus track our cover to DISCHARGE’s “The Blood Runs Red” (as appeared in “DISCHARGE Hear Nothing See Nothing Say Nothing: The CVLT Nation Sessions”).

You can pre-order using one of the following options:

Please find below the press release.

Bundling all things extreme and heavy into a unique, coherent music style known as astrogrind, and endorsing a cosmic, mind expanding concept with the associated aesthetics, Dephosphorus are a creative force on the edge of the contemporary music scene.

Maintaining since 2011 and the now classic “Axiom” mini-LP high standards and a consistent discographic presence, they have been graced with the enthusiastic support of a cult following comprised of eclectic music lovers from all over the globe.

“Ravenous Solemnity”, the 2nd full-length album succeeding to 2012’s critically and fan acclaimed “Night Sky Transform”, marks a milestone for the band. The addition behind the drum kit of John Votsis, one the most talented and dedicated musicians of the local Greek scene, has been instrumental in making of this dense, 43-minute-long odyssey Dephosphorus’ most intense and majestic effort to date.

Illustrated once again with stunning artwork by analog visionaries and friends Viral Graphics, packaged as a glorious gatefold double LP pressed on 180g heavy wax by the good care of the band’s allies and vinyl specialists 7 Degrees Records in cooperation with Handshake Inc., the latter providing for the first time North American distribution for the band, “Ravenous Solemnity” is destined to be a classic gem in any extreme audiophile’s record collection. A digital version is available for a reasonable fee from the band’s Bandcamp page, while a cassette and possibly a CD  edition will follow at some point.

With Dephosphorus’ personnel being split between Greece and Sweden, the band is still not planning any live shows but it remains more dedicated than ever in challenging themselves and the underground audience. A collaborative split-LP effort with excellent Finnish comrades Haapoja approaches completion and will be released later this year.

“There Is A Color”: new track downloadable now!

“There Is A Color”, an excerpt of our 2nd full-length album “Ravenous Solemnity” due out in late January 2014 by 7 Degrees Records and Handshake Inc, is downloadable right now as part of Invisible Oranges’ Handshake Inc./Alternative Tentacles/Mutants Of The Monster Sampler. The sampler also includes a brand new track from label mates Gridlink, as well as other great bands such as Wake, Total Fucking Destruction, Rwake, etc.

There is a color,
yet unseen.

There is a sea unsailed.
There is a sky,
bursting
awaiting to explode.

There is a Void,
yet unperceived.
A Vacuum Invisible.
There is a color,
Slowly morphing.
A chasm unexplored.

There is a colour,
yet unseen.

One-click purchase of Dephosphorus/Wake split-7″EP. “Night Sky Transform” is at the pressing plant!

You can now order the Dephosphorus/Wake split-7″EP from the new Blastbeat Mailmurder/Dephosphorus paypal store. The split-7″EP with Great Falls will also been soon available separately or as a part of new bundles.

We are glad to announce that our debut album “Night Sky Transform” is about to be pressed by 7 Degrees Records! It will be a gatefold LP, pressed on 180g vinyl, and it will include a poster and a download code. Brace yourselves!

We have received our copies of the split-7″EP with Wake! Panos hasn’t managed to update Blastbeat Mailmurder paypal store yet, he’ll do it within the next few days. In the meantime, if you can’t wait to get the fucker feel free to email us (dephosphorus [at] gmail [dot] com) or contact directly 7 Degrees Records.

“Night Sky Transform” will soon take the way of manufacture via 7 Degrees Records. Expect it within the next couple of months as a gatefold, 180g vinyl, including a poster and a download code. A cassette version will also be available. As of now, we haven’t received any relevant offer for a CD edition, so no plastic yet…

You should also watch out for the split with Great Falls which should be out in the next few days by Hell Comes Home. Eventhough it is part of their subscription series, you’ll still be able to buy it alone as a 7″ or digital download. You’ll be able to order the 7″ from us, and we’ll also propose combo packages with both split-7″EP’s and with all our vinyls so far.

“(…) Side A is made up of three rapid-fire tracks from Dephosphorus. Unit is a huge sounding, wrecking ball of a song lasting for a minute and a half, and Dephosphorus even manage to inject some rock n roll influence into their sound. The Final Computronium begins in the same vein, but morphs into a more outright grind blast. The accented vocals of Panos Agoros making it sound even heavier. The Cosmologist starts off with a spoken word passage sitting atop of their instrumentation before one final lurching blast that completes their half of this split. (…) What a record this is. It takes multiple listens to fully appreciate, but both bands reward with skill and a rip-roaring morsel of grind at it’s best. As with other bands that 7 Degrees Records have released material with, both Dephosphorus and Wake make perfect bedfellows on what is an uncomplicated and blasting release.”

This March, 7 Degrees Records will bring together WAKE (Canada) and DEPHOSPHORUS (Greece) for what is destined to become a classic split-7”EP release!

Both bands have received wide praise in 2011 for their refreshing and relentless debuts… WAKE with “Leeches” have demonstrated an uncanny ability in delivering ferocious grinding hardcore, with monumental songwriting and crucial no-nonsensical lyrical topics. DEPHOSPHORUS on the other hand, caught everybody by surprise with “Axiom”’s astrogrind, an unheard combination of all things extreme and heavy with a mind expanding cosmic concept and awe inspiring aesthetics.

Both faces of the wax will be symmetrical with each band contributing 3 short, furious tracks. The challenging task of combining into a single coherent vision Wake’s sociopolitical rage with Dephosphorus’ allegorical stellar realm, has been assigned to renowned visual craftsmen Viral Graphics, for a result that is nothing short of breathtaking. The poster-insert is expanding appropriately the mayhem of the cover artwork.

Watch out for teaser tracks from both bands as the release will approach!