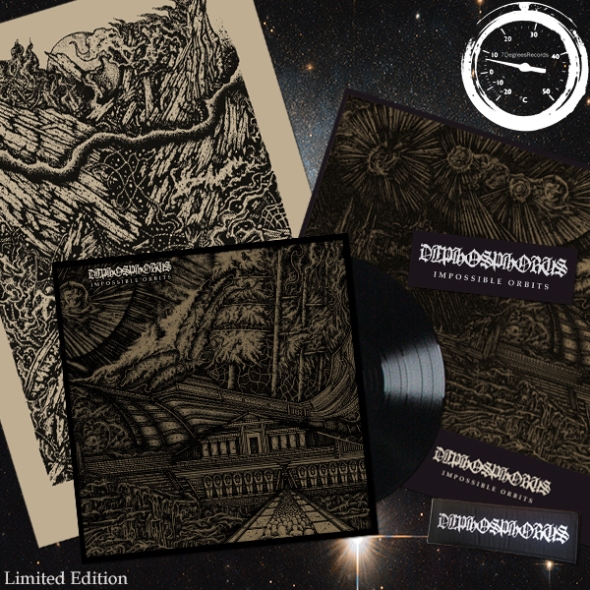 Udpate: We have added some promo pics.

Original post: The vinyl version of “Impossible Orbits” has been in the making for more than a year. Hopefully it will be worth the wait though, after all it will be released in the year of Dephosphorus’ 10th anniversary!

Therefore mark your calendars for the 21st of September 2018, which is the date it will be unleashed via our faithful partners 7 Degrees Records.

Pressed on 180g black heavy weight wax, it will be housed in a sturdy 300gsm jacket with black flood print inside and black innersleeves. It will also include a poster!

If you pre-order your copy today from 7DR, you’ll be able to reserve your limited edition copy which will include as bonus an additional poster as well as a woven patch! We will also carry some of those limited copies.

Please notice that the vinyl’s sound has been improved compared to the CD. Indeed, the songs have been remixed and remastered for vinyl, for what we consider to be the definite version of the album.

This new improved version will soon be uploaded at Bandcamp as well. If you’ve already obtained the digital version of the album via BC and somehow aren’t able to download it again, you will be able to contact us for a new download code in order to enoy the new version.

In other news, our next (fourth) album is mixed and mastered!

Stay tuned and hails for the ongoing support!

This site uses Akismet to reduce spam. Learn how your comment data is processed.