END_OF_DOCUMENT_TOKEN_TO_BE_REPLACED

Stereogum premieres two tracks from the collaboration LP with Haapoja!

Without further ado click the link below. Cvlt Nation will exclusively stream the whole LP 2 days prior to release on Tuesday, the 10th of February.

Among the natural wonders that biology has uncovered, one of the weirdest is convergent evolution: the phenomenon in which two separate species evolve highly similar traits under wildly different circumstances. The eyeballs of cephalopods like squid and octopi, which bear a remarkable similarity to those of humans and other terrestrial vertebrates, constitute one famous example. Dephosphorus and Haapoja offer another. (Yes, I know I’m playing fast and loose with the terminology here. Bear with me.)

Aside from having formed in the late ’00s and a shared interest in cryptic promotional photos, these two acts appear to come from very different artistic places. Dephosphorus, who hail from Greece, call their style of music “astrogrind,” and sing about roughly what you’d expect the band who cooked up that term to sing about. Haapoja are Finnish, and though they write lyrics in their native tongue, their sole LP’s cover art and Google-translated song titles like “The Larger, Uncontrolled” and “Immortalized” suggest far more atavistic themes. But these two acts sound a LOT alike — eerily so, in fact, when you consider how idiosyncratic their shared approach is. Both Dephosphorus and Haapoja traffic in spiky sound that’s rooted primarily in the condensed violence of grind, but draws from all over the heavy map — especially hardcore’s loping pace and progressive black metal’s affinity for winding arpeggios and bent harmony. The similarity these bands is so pronounced that they not only arranged a split LP, Collaboration, but took the highly unusual step of swapping both singers and guitarists on the first track from each side. These two songs, though, display each band at the heights of their powers, by turns drifting and screaming through their respective musical voids. Listen. 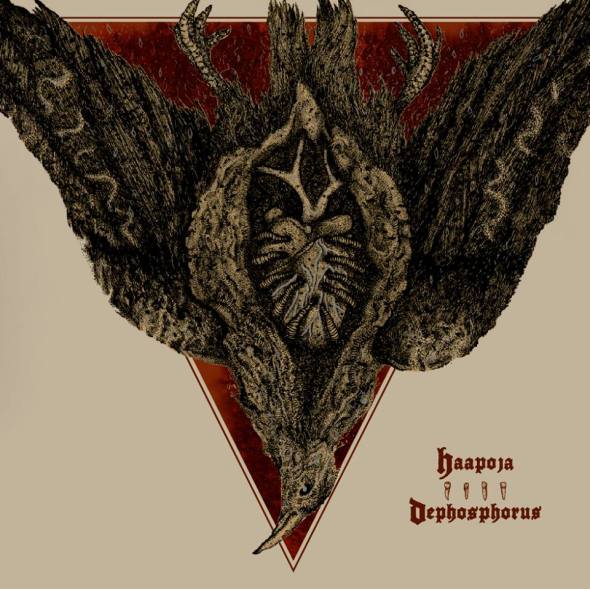 More details to emerge on the following days. Stay posted by either subscribing to this site or dropping an email to bodybag666 [at] gmail [dot] com in order to be added to our mailing list.

All hails for the ongoing support and beast wishes for 2015!